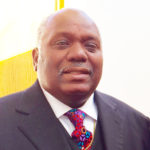 Dr. Harold A. Carter, Jr. is the pastor (since 1996) of the New Shiloh Baptist Church, Baltimore, Maryland, having served along with his father Dr. Harold A. Carter for sixteen years.  He leads the congregation of more than 5,000 active members with emphasis on Missions, Evangelism, and Christian Education.  His preaching is heard widely throughout this nation, and through radio, television and internet streaming broadcasts.  He is credited by his ministerial colleagues and many in the media as galvanizing pastors, activists, community & political leaders, at a time of civil unrest and grief, surrounding the unfortunate death of Freddie Gray, Jr. (allegedly) at the hands of six Baltimore city police officers, to stand in solidarity (with over 200 leaders strong) for a press conference and subsequent March for Peace, which had much to do with quelling the riots and looting and even led to the forging of positive relationships between gang members and the faith community.

Dr. Carter is the Chairperson of the Board of Directors of the New Shiloh Village Community Development Corporation; a non-profit organization with a goal of community development, including the New Shiloh Senior Living and New Shiloh Family Living apartment buildings. 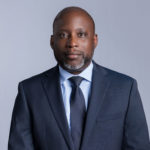 Darryl Brantley President
Mr. Brantley has over 25 years of banking, finance and tax experience. He has served in Executive and Senior Leadership roles at several regional and money center financial institutions including M&T Bank, PNC Financial and Northwest Bank where he facilitated the financing of commercial real estate projects including shopping centers and office buildings. Mr. Brantley also has experience working for several Community Development Financial Institutions. Mr. Brantley has served as a Deacon at New Shiloh Baptist Church for over 20 years. 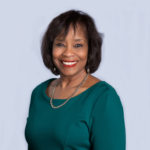 Rev. Vanessa C. Pyatt Vice President
A Rev. Pyatt owns The Pyatt Group, LLC, a Balimore City MWBE certified communications firm with clients in affordable housing and utilities.  She is former head of communications for the Baltimore City Departments of Transportation, Public Works and Baltimore City Public Schools.  Licensed to preach the Gospel in May 2016, Rev Pyatt serves in ministry at New Shiloh Baptist Church under the pastorate of Dr. Harold A. Carter, Jr. 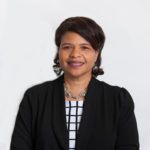 Cynthia E. Greene
Secretary
Ms. Greene has over 30 years of experience in the health care profession. In her role as Senior
Associate of Clinical Operations, she oversees and manages various outpatient clinics for
pediatric and adult patients. She also works as an advocate for the Elderly and Homeless
communities. Ms. Greene is a graduate of Nyack Christian College of New York, with a
Bachelor of Science Degree in Business Management. 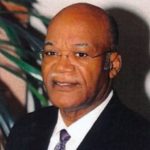 Donald Lee
Treasurer
A member of New Shiloh Baptist Church for more than 56 years.  He currently serves as the Chair of the Official Board (Diaconate) and the Treasurer of the Community Development Corporation. He is a lifelong resident of Baltimore and is a father of two and grandfather of four.  He is married to Deacon Christine P. Lee who shares with him as an officer of the church. 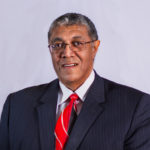 Michael L. Barland Executive Director
Michael L. Barland is a retired former executive in both the public and private sectors.  His career of 42 years focused on the development and sale of affordable housing products and financing tools in markets throughout the US.  His community development and financing skills lead to the production of over 1,000 units of rental and for sale housing in lower income neighborhoods in Baltimore City. 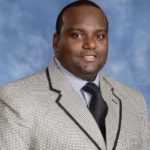 Rev. Daniel Carter
Rev. Daniel Carter Rev. Carter is a Graduate of the Samuel DeWitt Proctor School of Theology in Richmond, Virginia with a Master’s degree in Theology. He is currently serving alongside his father Dr. Harold A. Carter Jr as Assistant to the Pastor. Just recently, he was ordained into the Gospel ministry on December 10th, 2016 and also received a Honorary Doctorate of Ministry degree, from the Determined Biblical and Theological Institute of Baltimore, Maryland. 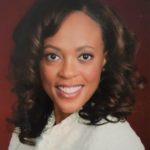 Mrs. Hope Williams Blanton
Ms. Hope Williams Blanton has been a member of the New Shiloh Baptist Church and Deacon since 1997 and 2011 respectively. She has served the constituency of her city and state with honor for several years under the leadership of the Honorable Congressman Elijah E. Cummings, MD 7th District and the former Mayor of Baltimore City.  Currently, with distinction, Hope is a U.S State Department limited appointee. 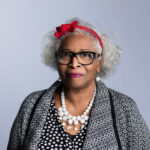 Ms. Nancy Jackson
Ms. Nancy Jackson is a board member with a plethora of experience. Professionally Nancy was employed by Verizon where she held various positions in the corporation including the areas of accounting, finance and business.  Previously Nancy has served as a trustee at the New Shiloh Baptist Church. Nancy still serves the public for the greater good as a board member for the Park West Auxiliary committee. She is a loving mother, grandmother and great grandmother. 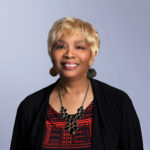 Mrs. Bertha S. Knight
Mrs. Knight serves as the Vice-Chairperson of the Diaconate at New Shiloh Baptist Church. She has been a member of New Shiloh for over 40 years. She is also the Community School Coordinator  for Child First Authority at Robert W. Coleman Elementary School. Mrs Knight serves on the Maryland State Advisory Council for Gifted and Talented Education, as well as the Director of Enrichment for Baltimore City Public Schools prior to her retirement. 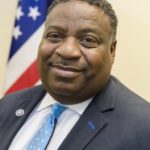 Rev. Jerome Stephens
Advisor
Rev. Jerome Stephens, Adviser A civil rights and community activist, Rev Stephens is the founder of the Clergy Legislative Breakfast, a forum that provides legislative updates about current issues and public policy to clergy leaders. For over twenty-five years, he has worked as a public relations consultant with Stephens and Associates. He is currently the Community Outreach Director for United States Senator Benjamin Carter. 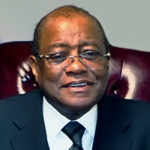 Rev. Henry T. Baines
The Reverend Henry T. Baines, servant of God and member of New Shiloh Baptist Church, was licensed to preach February 1999 and ordained September 2003, by Pastor Carters. He has served as President of the Ministers and Evangelists Council for 15 years. He was chosen by Pastor Harold A. Carter, Jr. to serve as the Vice President of the Harold A. Carter Determined Biblical and Theological Institute in 2013. In August of 2016 Dr. Baines accepted an offer to join the staff of New Shiloh Baptist Church. 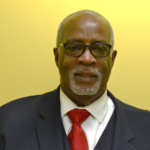 Mr. Gregory Hamilton
Mr. Hamilton has over 37 years experience in facilities planning, project management and construction experience developing and managing project schedules.  Currently serves as a Sr. Contractor Project Manager, for The U.S Army Corp of Engineers he is  responsible for he overall management, control, coordination and execution of assigned projects. He  Implements corporate decisions, guidance, laws regulations and policy in the development of projects and intermediate products in support of projects. 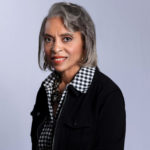 Deacon Rozena Knox
Deacon Rozena Knox retired from the federal government after forty years of service. She
graduated from Coppin State College with a Bachelors of Science Degree in History. She is a long time member of New Shiloh Baptist Church; she is ordained a Deacon, and currently the 2nd Vice President of the Progressive, formerly the President of the Greeters Ministry. She is a devoted family member that resides in Baltimore County with her husband Dennis. 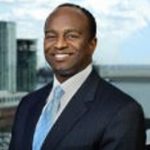 Mr. Michael Ray
Mr. Ray has 30 plus years of investing and financial services expertise. He has served in management and leadership roles with Legg Mason Global Asset Management, The Bank of America, and The Adams Funds. His non-profit board service includes The Baltimore Educational Scholarship Trust and The Washington Tennis and Education Foundation, among others. Michael has been a member of New Shiloh for 21 years and has served in the Diaconate Ministry for 17 years. 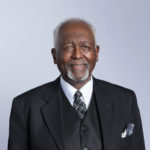 Colonel William H. Shaw
Colonel William H. Shaw, Jr. is an educator, a military officer and rental property entrepreneur.   He retired as a principal from Baltimore City Public Schools after thirty-two years.  Subsequently, he served as a full-time lecturer at Coppin State University.    He ended his military career retiring as a Colonel.  His entrepreneur skills include management of a property rental business containing eleven corporations.  He is a member and Deacon at New Shiloh Baptist Church. 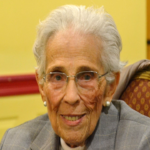 Deacon Elizabeth H. Adams
Deacon Elizabeth H. Adams was born in Baltimore, Maryland, the daughter of the late Rev. Paul J. Harris, a Baptist minister.  Her mother was the late Lena Caulk Harris, a descendant of the well-known Young Family of Baltimore.   A graduate of Frederick Douglass High School, Dea. Adams later became Principal of that same school.   Her education spanned a number of years.  She graduated with honors from Coppin Normal School (now Coppin State University), Morgan State University, and Towson State University and continued graduate studies at New York University and the University of Maryland.   At New Shiloh, she became a deaconess and served as vice-president of the deaconess board. Deacon Adams was pleasantly surprised to be awarded the Honorary Doctor of Divinity Degree by the Determined Biblical and Theological Institute of Baltimore, which crowned her career in religious services and studies. 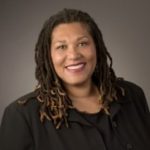 Katrina Maultsby Baldwin
Katrina Maultsby Baldwin has been a practicing attorney for over 20 years.  She specializes in providing strategic solutions to complicated problems.  Her practice focuses in the areas of estate planning, estate administration, wills, deeds, advance medical directives, collection, and transactional law.  Mrs.Maultsby Baldwin received her B.A. degree in Sociology from Hampton (Institute) University; a J.D. from Howard University School of Law and a Master of Divinity from Howard University School of Divinity.  She has served as an Adjunct Professor teaching Business Law I & II at Morgan State University and Towson State University.  She is a member of the Estate and Trust Law Section of the Maryland State Bar Association.  She is a Notary of the State of Maryland. 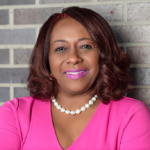 Jan Desper Peters
Jan Desper Peters is the Executive Director of the Black Mental Health Alliance (BMHA). In this role, she is leading the charge of educating and empowering the African American community about cultural and racial influences on behavioral health. Jan also owns a full-service ground transportation company, Higher Ground Transportation Services, Inc.Jan is a graduate of the University of Maryland, College Park and the George Washington University.  She and her husband live in Bowie, Maryland and are the proud parents of three sons and four daughters and have two grandchildren. 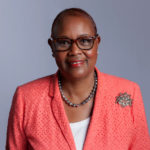 Theodora Peters
Theodora Peters, MHS, is a Charter Member of the New Shiloh Community Development Corporation (NSCDC) and Deacon of the New Shiloh Baptist Church in Baltimore, Maryland; Outreach Coordinator for Hopkins Elder Plus on the campus of the Johns Hopkins Bayview Medical Center; Health Education Leader of the Chronic Pain Disease Management course evidence-based by Stanford University; Advisor for the Maryland Advance Directive Planning for Future Health Care and advocate for the aging population in Baltimore. 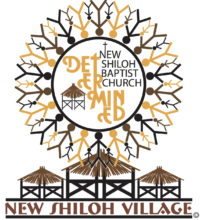 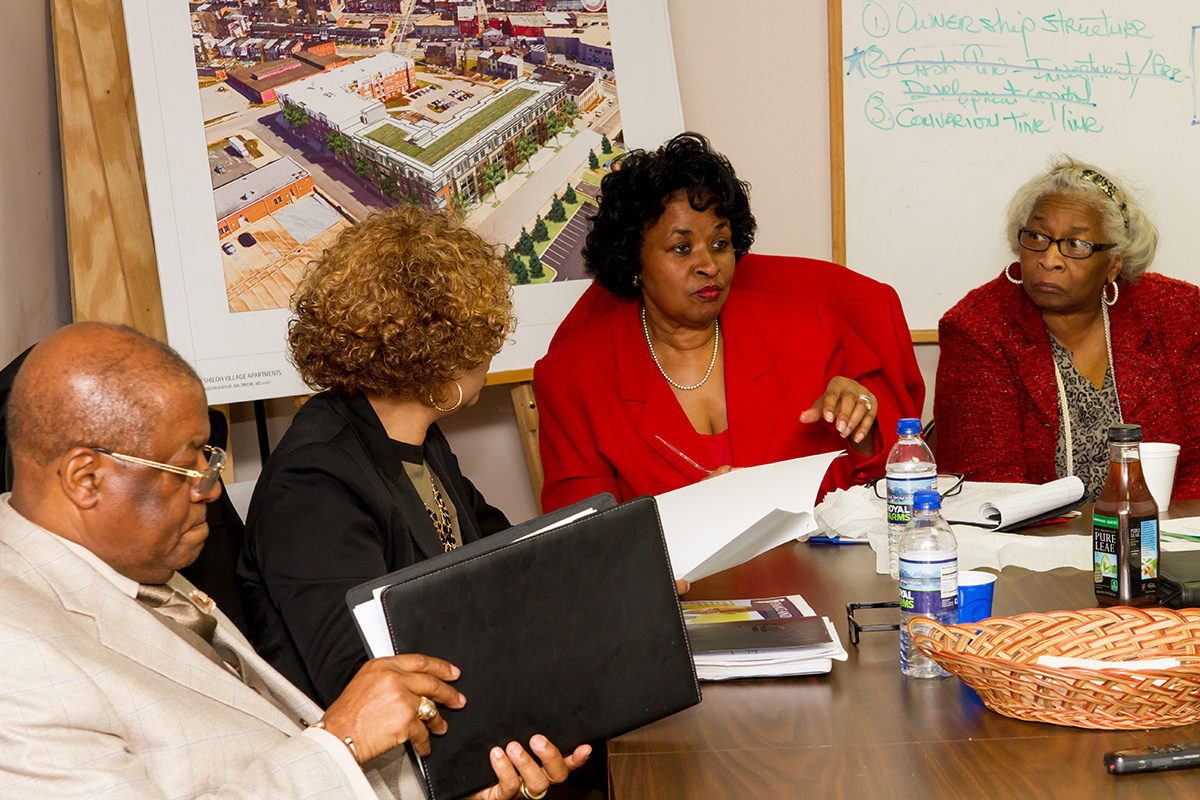 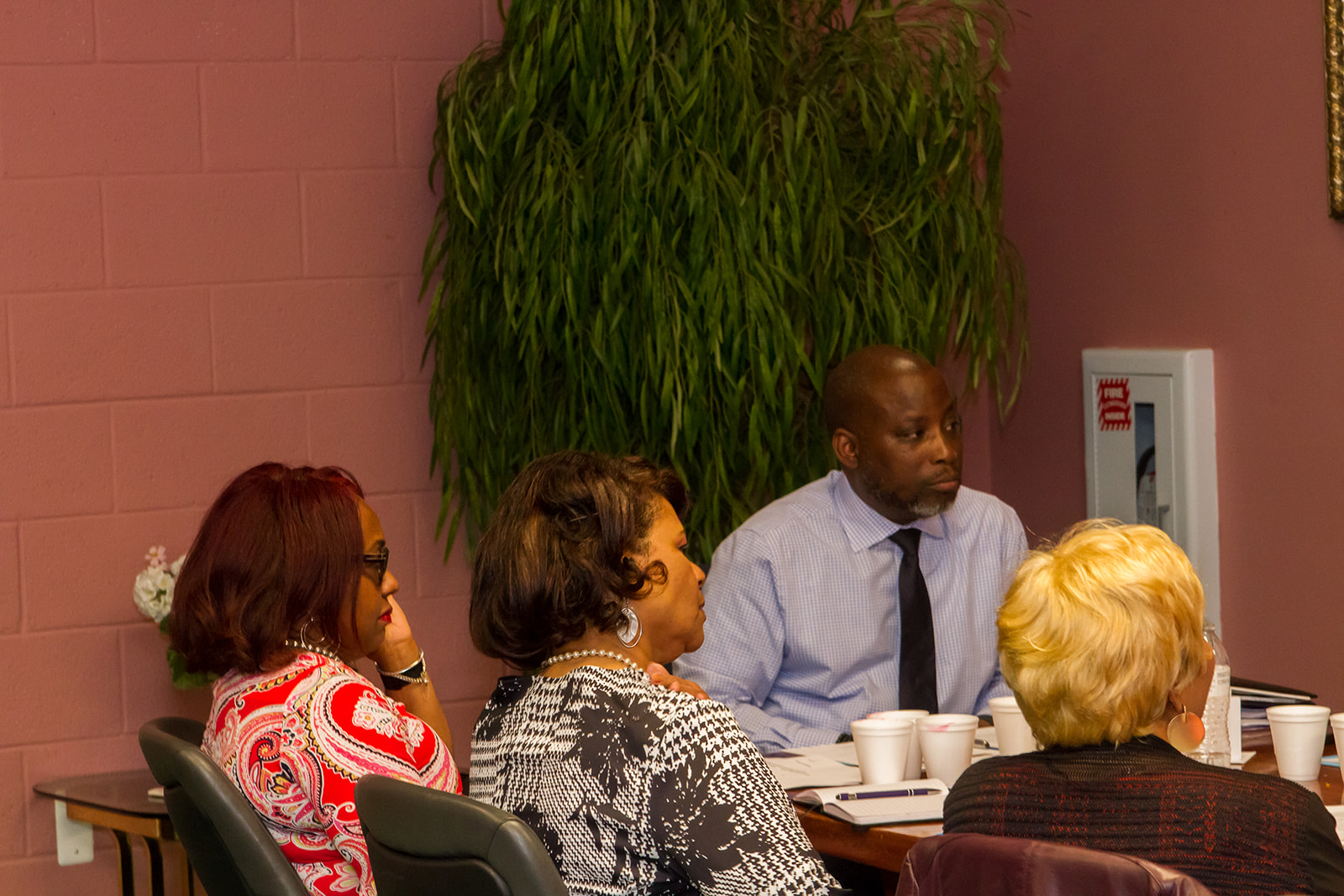 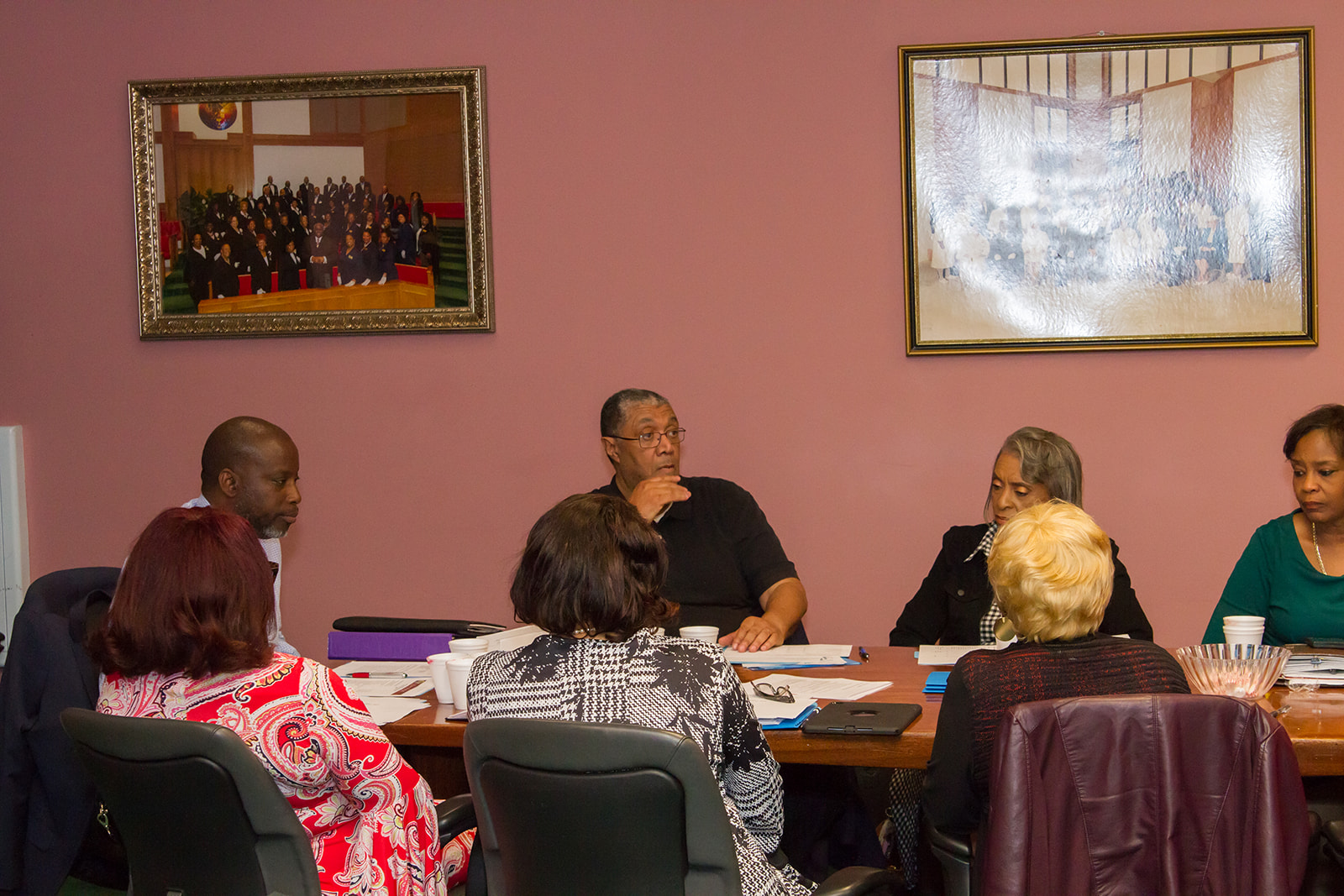 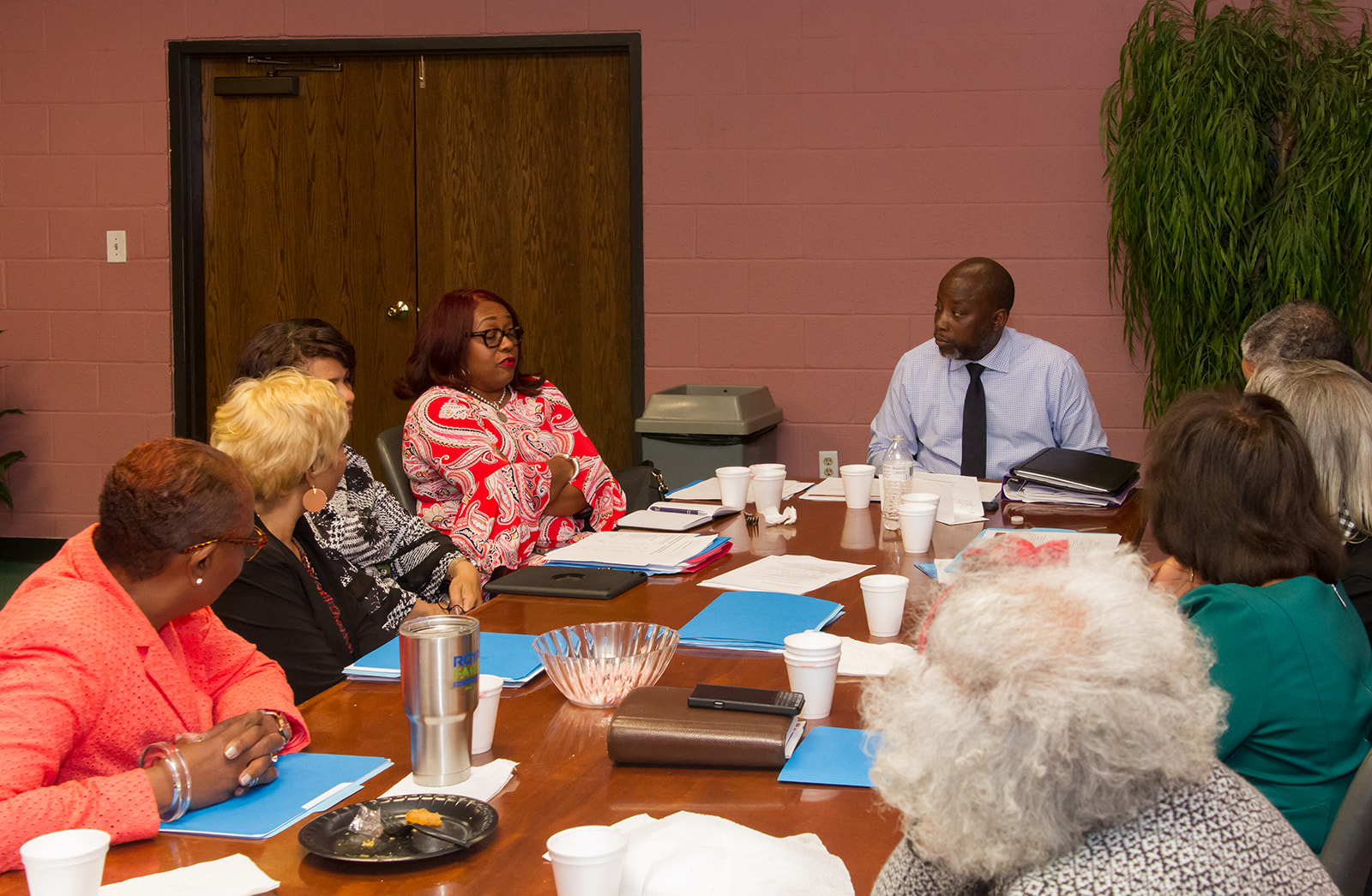 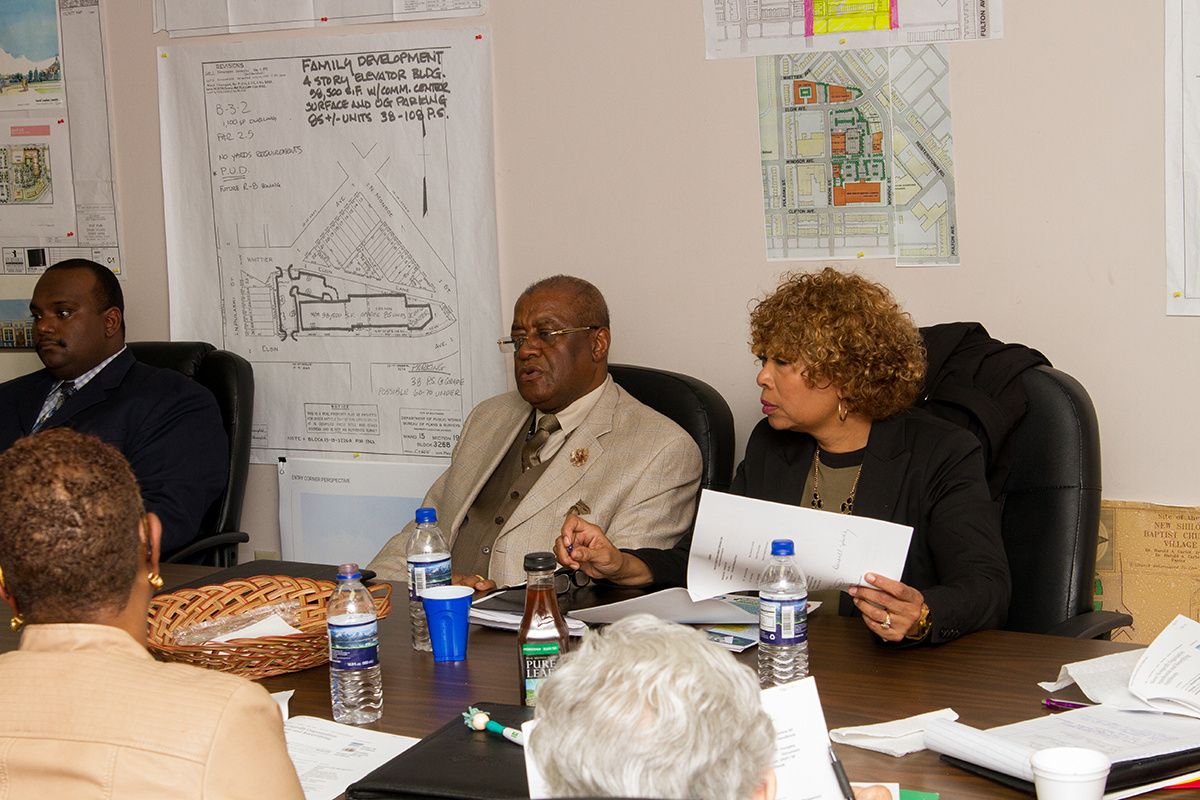